Who should pursue a master’s degree in business analytics? 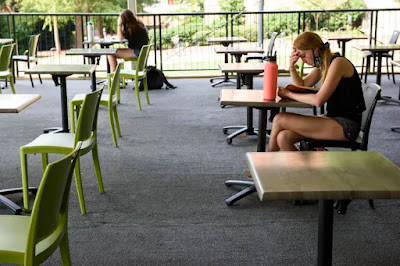 There’s practically no end to the potential benefits of data analysis. For many organizations, people who can analyze raw data sets and draw conclusions—say, in sales data, customer data, or employee data—have become indispensable. Whether an employee has a title of “business analyst” or “data analyst,” they’ll draw on similar analytical skills and tools to make sense of all that data.

Business analysts who hold only a bachelor’s degree can expect to earn more than $77,000 in base salary, on average, according to figures from Glassdoor. Meanwhile, data analysts and scientists are the roles with the most increasing demand across all industries, according to “The Future of Jobs” report from 2020 published by the World Economic Forum, an international non-governmental and lobbying organization. And business analysis is likely to be among the top skills required in data jobs of the future, according to the same report.

Data analytics is “a process, starting with data, to build models that lead to decisions in an organization that add value to the organization,” explains Dimitris Bertsimas, associate dean of business analytics, Boeing professor of operations research, and faculty director of the master of business analytics program at MIT’s Sloan School. “Data analytics emphasizes, in particular, the science going from data to predictions.”

If you’re interested in pursuing a master’s of business analytics, read on to see if it’s right for you.

The difference between business analytics and data science

The terms data analytics, business analytics, and data science are sometimes used interchangeably. Where data scientists focus on the design, development and modeling of data, data analysts look at the trends themselves within large data sets to draw conclusions, and often create visualizations to help organizations make strategic decisions. Using a variety of tools, data analysts can tackle real business needs, such as why a marketing campaign failed or why sales are up year-over-year.

Bertsimas puts the connection between data science and data analytics this way: “The two are maybe not brothers, but cousins. First cousins.”

Often, people who pursue a data or business analytics degree tend toward functional jobs, like becoming a business analyst or marketing analyst. Those analytical skills involve taking real world data, building mathematical models to understand what the data is saying, using models to analyze that data, and then creating real world solutions and predictions, says Joel Sokol, director of the interdisciplinary master of science in analytics degree at Georgia Tech and a professor in the university’s H. Milton Stewart School of Industrial and Systems Engineering.

What makes a good candidate for a master’s in business analytics, and what prerequisites should they have?

“The best candidates are the ones who have real curiosity about finding things out,” Sokol says. “Problem solving skills, creativity, good communication, and people skills [are] important, because in a lot of cases, once you’ve done [those computations], you have to try to convince people that your analysis is correct.”

For Sokol, the ideal candidate for a master’s program in analytics has some ability—but not necessarily strong training—in the fields of math, statistics, and computer science. Courses in calculus, basic linear algebra, probability, and statistics are good primers for the degree, he adds. Finally, candidates should be at least a somewhat proficient computer programmer and need to  have an open mind and willingness to consider other people’s ideas.

As different master’s programs may have different emphases, Sokol stresses that potential  students should research each prospective school to see what a particular program’s curricula entails. At Georgia Tech, for instance, Sokol says that half of the courses in the master’s of science in analytics program are electives, and there are roughly 80 electives at the Atlanta campus. “You can really do a lot of personalization for your own interests and your own career goals.”

What career prospects are available for this master’s degree?

There are a “huge range” of careers for people who graduate with either a master’s of data analytics or business analytics, including everything from theme parks and professional sports teams to agricultural companies, Sokol says. People with these degrees can move up to managerial and upper leadership positions, and many companies now have chief analytics officers, he adds.

“Pretty much every industry uses data analytics in some way or another, so we’ve placed students in essentially every economic sector that there is,” Sokol says.

“That is the beauty of analytics. It addresses a very large collection of human activity,” he says, adding that he prefers it to data science. “Data analytics is broader. It has much larger penetration in the economy.”